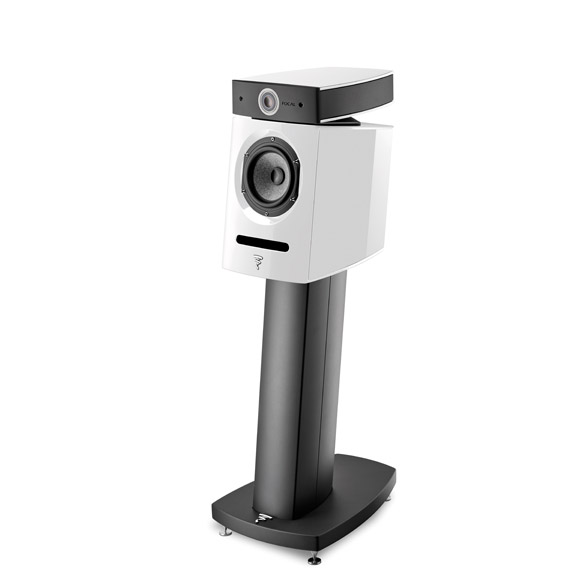 Diablo Utopia will be integrated in your interior with high style. With 16″ height, Diablo will give you a great pleasure listening to hi-fi sound.

UTOPIA III EVO IN A BOOKSHELF!

The bookshelf lousdspeaker Diablo Utopia Colour Evo, part of the Utopia III Evo line, is compact, distinguished, captivating, audiophile. Diablo is the ultimate vision of the high-end reference bookshelf loudspeaker, in the purest Focal’s tradition. Largely inspired from the Grande Utopia EM Evo, it sets new milestones in the bass thanks to its new patented Power Flower. Fixed on a dedicated stand, Diablo Utopia Colour Evo enchants the midrange and the treble with its definition, demonizes the bass with a density and a power handling never reached so far.

Masks are optional for visitors.
Customers are encouraged to make use of our e-commerce website https://www.basilaudio.com/shop to place orders online, email orders to orders@basilaudio.com and send correspondence. Please make all checks payable to "Basil Inc.". We accept deliveries during our normal business hours.
Basil staff are always available for consultation by phone, text and email and to receive and ship your orders during normal business hours:
Tuesday through Friday 12PM to 6PM
Saturday 11AM to 6PM
Sunday and Monday closed
Please contact us to make an appointment before visiting the store.