WE FOLLOW A SANTA CLARA CO APPROVED COVID-19 PROTOCOL FOR CUSTOMER DEMO AND SYSTEM PURCHASE. WE ALLOW A LIMITED NUMBER OF CUSTOMERS INTO OUR LOS GATOS SHOWROOM FOR UP TO 45 MINUTES PER SESSION. Masks must be worn at all times by visitors. If you do not have a mask one will be provided. 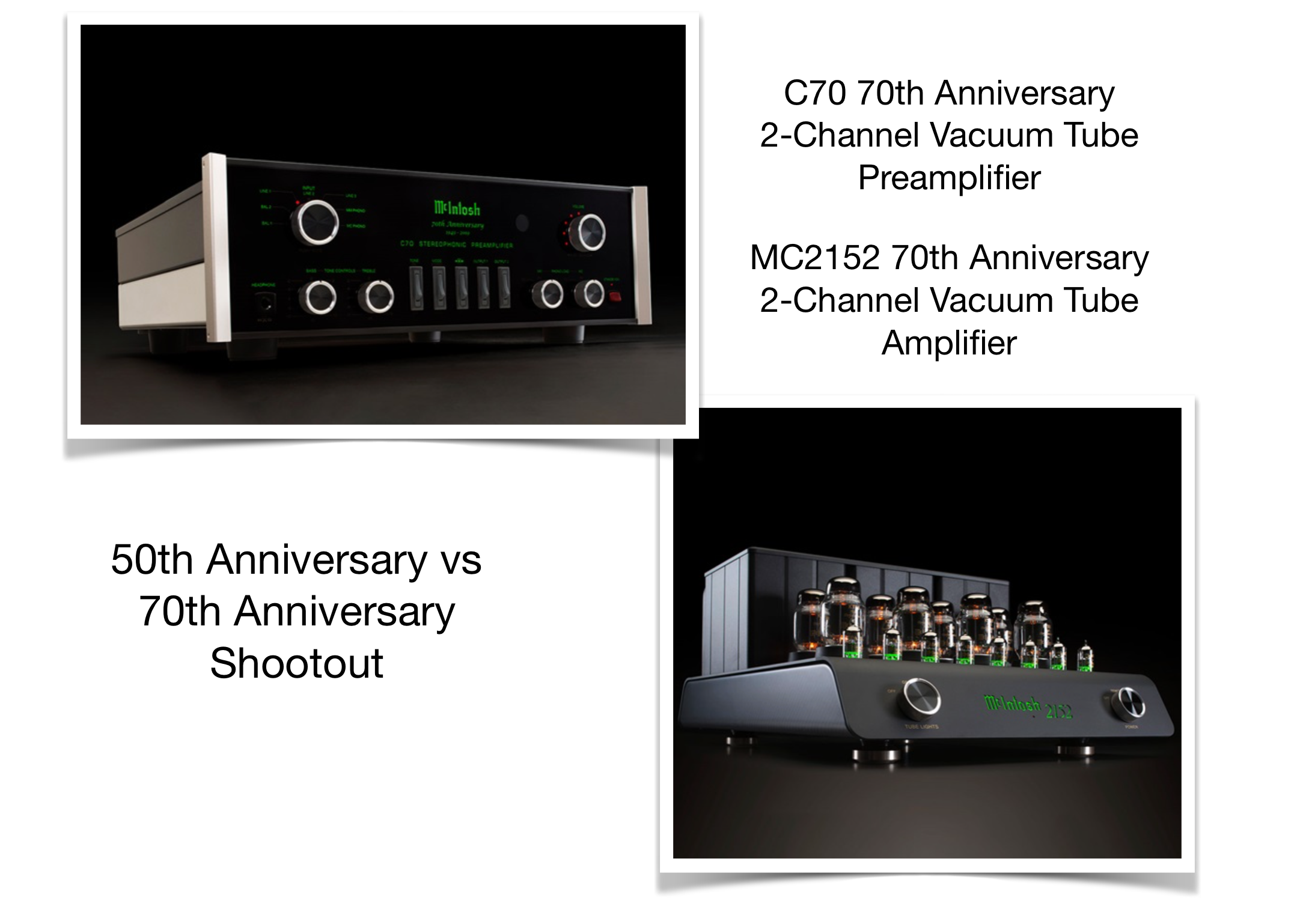 With the recent discontinuance of both C22 and MC75 and coinciding with McIntosh’s 70th anniversary in 2019, there was the opportunity to introduce the truly special C70 and MC2152 system. If the MC2000 is referred to as the best ever McIntosh stereo amplifier, the MC2152 meets and exceeds that performance. While the successors to the C2200 preamplifier have added digital features, the C70 remains purely analog in its signal path, allowing the partition of digital and analog parts of the system to continue to be separately upgradable over time. This partition forms the modern separates system that has become the hallmark of Basil Audio’s system offerings. Pair a Linn DSM integrated streamer, DAC and preamp with the MC2152 for a complete 2-unit system that also supports direct connection of both MC and MM vinyl front ends. Or build a top McIntosh reference system having the best sounding digital source we know of – Naim Core, D1100, C1100 and MC2152. Or stay with the anniversary combination of C70 and MC2152 and add a single box, upgradeable top streamer such as Naim NDX2 while still preserving all-analog tube amplifcation for vinyl playback either directly using the C70 internal phono stage or by adding a dedicated external phono stage or even a Linn LP12 Klimax turntable which includes an integrated phono stage.

Kanta No 1, Kanta No 2, Kanta No 3 on sale in selected finishes. Click for more information and email for details

NOTICE: Due to COVID-19, we’ve taken the precautionary step of postponing all events effective immediately and until further notice. Please contact us at 1-408-647-5407 with any questions. We apologize for any inconvenience.

There are no upcoming events at this time.